“The reference to a completed audit was inaccurate … Parks continues to review MRG’s financial procedures, completion of which has been delayed due to personnel changes and our own internal discussions.”

The rent paid by the concession is a confusing topic.  First of all, Parks concession rent goes into to the City of New York’s general fund. It does not go to the Parks Department.  So whether the concession does poorly or well, it has no direct impact on revenues for the park that hosts it.

Many media outlets reported the concession rent as being $1.27 M per year — which sounds like a pretty great revenue stream for the city.  And these days, that number sounds feasible for what a huge 75,000 SF restaurant-party complex might pay.

But it is completely wrong.  As per the Restaurant License Agreement, the nominal rent is $1.27 M total for all fifteen years for the restaurant operation.  The Marina License Agreement adds its own rent schedule.  The actual required minimum rent each year was: 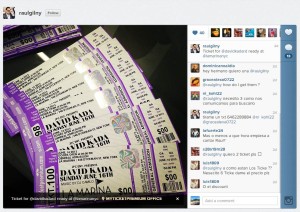 How do you calculate 5% of zero? Tickets are sold for varying cash prices and also online by promoters. How have total ticket sales numbers per event been reported and accounted for? (Instagram)

Like many concession agreements, the actual rent paid is the greater of the above nominal rent or a fixed percentage of the total annual gross receipts.  For the Dyckman Marina concession, the percentage rents for both the restaurant and marina are:

and so on, up to 10% in the final four years of the contract.

This is a very, very favorable rent.  Rent in the restaurant industry in general averages around 8 percent nationally, and certainly higher in New York.  Other Parks restaurant concessions pay substantially more — 13% to 14%  rent at the Boat Basin in Riverside Park, 10% to 15% rent at Battery Gardens in Battery Park, 12.5% rent at Vivaldi Restaurant at Clearview Golf Course in Queens.

Of course, one reason the rent was so low was because the License Agreement from Parks required bidders to sink $850,000 into renovating the property.  (At an interest rate of say 4%, annual payments on borrowing $850,000 for 15 years would be an additional cost of $75,000 per year).   And due to construction complications and the exceptionally high standards of the renovation, a total of more than $4 Million dollars was ultimately spent by the concession operators in the renovation. 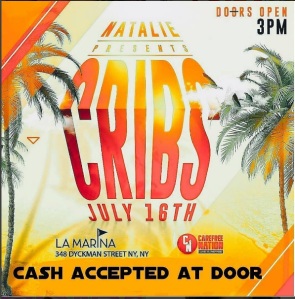 Cash is accepted at the door, but not reported to Parks.  That’s not what the concession agreement says.

Another reason for the low rent is that unlike Battery Gardens and Vivaldi and similar to the prior Dyckman Marina, the concession may not have been expected to have significant large private revenue-generating events.  It had a restaurant rent because it was described in the agreements mostly as a restaurant, cafe and marina.  To compare to another uptown Parks restaurant concession, New Leaf Cafe in Fort Tryon Park has a 4.1% annual percentage rent, but the rent jumps to 12% for its many private events such as weddings.  It seems that no such event premiums were charged to the Dyckman Marina concession for hosting private events (such as, say thirty or so Jones Beach-like concerts a season).

A third reason for the low rent may have been due to the concession being seasonal, open only from May 1 to October.  (Parks later unilaterally extended the season to year-round but did not change the rent structure).

As long as the concession was collecting enough gross revenue (more than $170,000 in 2012, or more than $1.1 M in 2014), the percentage rent would govern.  Indications are that this was certainly the case.  The New York Times reported with regard to 2012:

For the city, the restaurant’s popularity has proved awkward. On the one hand, La Marina is already one of the parks department’s most successful concessions, yielding about $250,000 last year for the city’s general fund — and that was when it was open only part of the year.

A $250,000 rent at 5% of revenue means the gross revenue in 2012 was about $5 million.  This seems to have increased as the venue was open earlier and became more popular in its second season.  In December 2013, the New York Post reported:

Tenenbaum and Rosen are now suing Mateo and Villano to stop the move. The two founding owners are asking the court to instead hand them majority control over the $7 million-a-year venture.

Still, by any measure the rent is low.  The new restaurant proposed for a Parks concession site in Union Square will pay 10% rent ($300,000 minimum) for a much smaller site that is also seasonal,  and similar to the original Dyckman Marina RFP  must invest at least $700,000 in the building.

Parks concession revenue is reported annually under the city’s fiscal year.  The fiscal year 2012 report (July 1, 2011 to June 30, 2012) would not have covered any date that the concession was open (it opened to the public in July, after the fiscal year ended), and so it duly indicated almost no revenue.  However, the fiscal year 2013 report, which covered nearly an entire season of July 1, 2012 to June 30, 2013, reported only $70,078 in revenue for the non-marina operations.  This is 5% of $1.4 M in revenue, a far cry from the figures quoted in the Times and Post articles; however, it appears that this figure was after a $170k credit was given to the concession for sewer line work (part of an early contract amendment).  In the fiscal year 2014 report, covering the period July 1, 2013 to June 30, 2014, the actual rent paid to the city increased to a whopping $412,674 for the non-marina operations (the marina, which finally opened, paid only $2,657 in rent.)  That is 5% of $8.3 million dollars in gross revenue.

This simple revenue reporting form looks more appropriate for a pretzel cart than a flagship restaurant concession with nightlife activity. Nonetheless, Parks has never made the revenue for the concession public and seems to be misreporting the revenue internally.

Impressive as that figure is, it may not be the entire story.   Per the Restaurant License Agreement, the concession is supposed to pay the city 5% of all revenue, which includes:

Per the December 16th, 2014 DNA Article on concession revenues:

In June of 2014, the concession hosted at least eight massive concerts, each widely promoted.  Permits filed with Parks would have been typically for 1,000 people, like this example.  (Actual capacity may well have been double or triple).  Tickets for any of the concerts often cost $50, sometimes much more at the door.   So 8 x 1000 x 50 = $400,000 in ticket revenue.  Clearly then the stated outdoor lounge revenue of $543,172 was for just food and beverage (average bar tab of $67 for those 8,000 concert goers alone) and not tickets.  Where is the ticket revenue?  Is the beach being rented to third parties thereby obscuring the true revenue from Parks?  And what about the revenue from hundreds of valet-parked cars, from an operation that is not legal and does not even exist in the La Marina contract?

It is not just the nightclub concerts either.  In Sept 2017 a fashion show was held at the site that charged $500 per ticket to approximately 400 people.  Was that $200,000 in revenue duly reported to Parks?

It is important for the Parks Department to be more transparent.  Promises have been made but no detailed report has been released by Parks to quell concerns.  Melissa Goldberg, Director of Concessions Compliance, stated in a 9/12/13 email about concerns over financial reporting that:

“We also have been working with the operators to improve their internal financial controls and transparency.”

Ok, but why take Parks’ word for it?  Why not perform an audit?  The License Agreement certainly allows for an audit to take place, and based on the above there certainly is good reason to want to perform one.  After all, the prior concession operator was audited and fined in 2002, so why not the current operator?

As it turns out, some brave soul at Parks  actually started a formal audit in September 2013.  This was to include “all books and records pertaining to all income or revenue (general ledger, reservation calendars, event contracts, etc.) generated by the licensee or any other third parties on the licensed premises” along with “cash register receipts/tapes and/or any other source documents to support reported gross receipts” and “any books and records pertaining to revenue generated by subcontractors, promoters, etc”.  This would have been a very interesting audit indeed!

Which may be why someone apparently had it stopped.  According to the Chief Accountant of Parks, when asked about the audit in spring 2015:

As background, in 2013 the Parks Department began reviewing the financial procedures used by Manhattan River Group (MRG) at La Marina, as it does with many of our concessionaires from time to time. The reference to a completed audit was inaccurate – no findings or determinations have been shared with MRG, and Parks continues to review MRG’s financial procedures, completion of which has been delayed due to personnel changes and our own internal discussions.

Hmmn, “delayed due to personnel changes and our own internal discussions”.  Delayed for 18 months?  What personnel changes?  (Walter Roberts, the Director of Concessions Audits who send the audit letter, is still at Parks.  As is Melissa Goldberg, the Director of Concessions Compliance.)  Did the internal discussions involve the words “improper activity”, “gross mismanagement” or “political cronyism”?

A city Parks worker spends staff time on Aug 23, 2015 cleaning litter likely left by huge La Marina crowds the night before. Would this worker be cleaning other parts of the park if La Marina were not a nightclub?

The audit should be completed and released to the public, as the 2002 audit was, so that the revenues can be better understood and the rent verified.  And even if all is found to be in order, a rent of $412,000 for FY2014 is a third of what the Central Park Boathouse pays, and only a quarter more than the rent for some choice hot dog carts.   The revenue should also be considered with regard to the extra police, sanitation and Parks costs required by the way the concession is being operated.  (For example, three frontline taxpayer-funded police officers are assigned by the precinct full-time to Dyckman Street on Sundays during the summer, which is effectively the same as their being assigned to the Parks concession since it is larger than all other establishments on Dyckman Street combined).

Even without the lucrative nightclub activities the concession can still generate meaningful and easily accountable revenue to the city, without the extra resource costs, and without all of the problems.  Audit the concession, and restore Dyckman Marina to its original approved uses of Restaurant and Marina.

UPDATE – Perhaps following on the many articles about audits from 2016, the Office of the Comptroller did finally audit La Marina in 2017, and found many problems that cast further doubt on the competence of the Parks Dept to manage the concession.  The report, which absolutely shreds the financial accounting of revenues and fees, focuses on F&B revenues and does not address the issue of concert ticket sales or cash valet parking.