“Clearly, we will have to do more to show you what La Marina is all about.”

At the April 2018 Community Board 12 meeting, a remarkable thing happened — the members of the community board voted against the renewal of La Marina’s liquor license.

This license comes up for renewal every two years. Past renewals had brought plenty of complaints, but each time some new excuse was made or stipulation added (vague non-binding obligations like “not blocking traffic” that were utterly unenforceable) and then the renewal would sail through while absolutely nothing actually changed. In 2014 for their first renewal, a nervous La Marina even had four elected officials and the precinct commander sign a form letter they drafted for them, in order to put pressure on the CB, Parks and the SLA.

But after six years it appears the community board members have had enough of the problems (documented on this site but especially related to concerts, late-night crowds and traffic) and wanted some improvement from the status quo. How did this change come about? 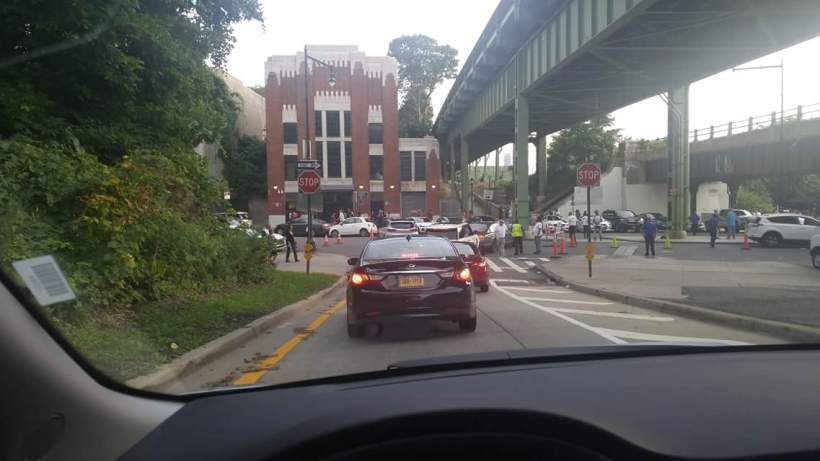 When the licensing committee did not support the renewal earlier in the month, the operators of the concession lobbied the members of the community board before the general board meeting by sending all of them a remarkable letter filled with claims and boasts. The problem is that many of them were less impressive upon closer inspection, and the letter may have been the final straw in the community’s tolerance for insanity (i.e. doing the same thing over and over again, but expecting different results). 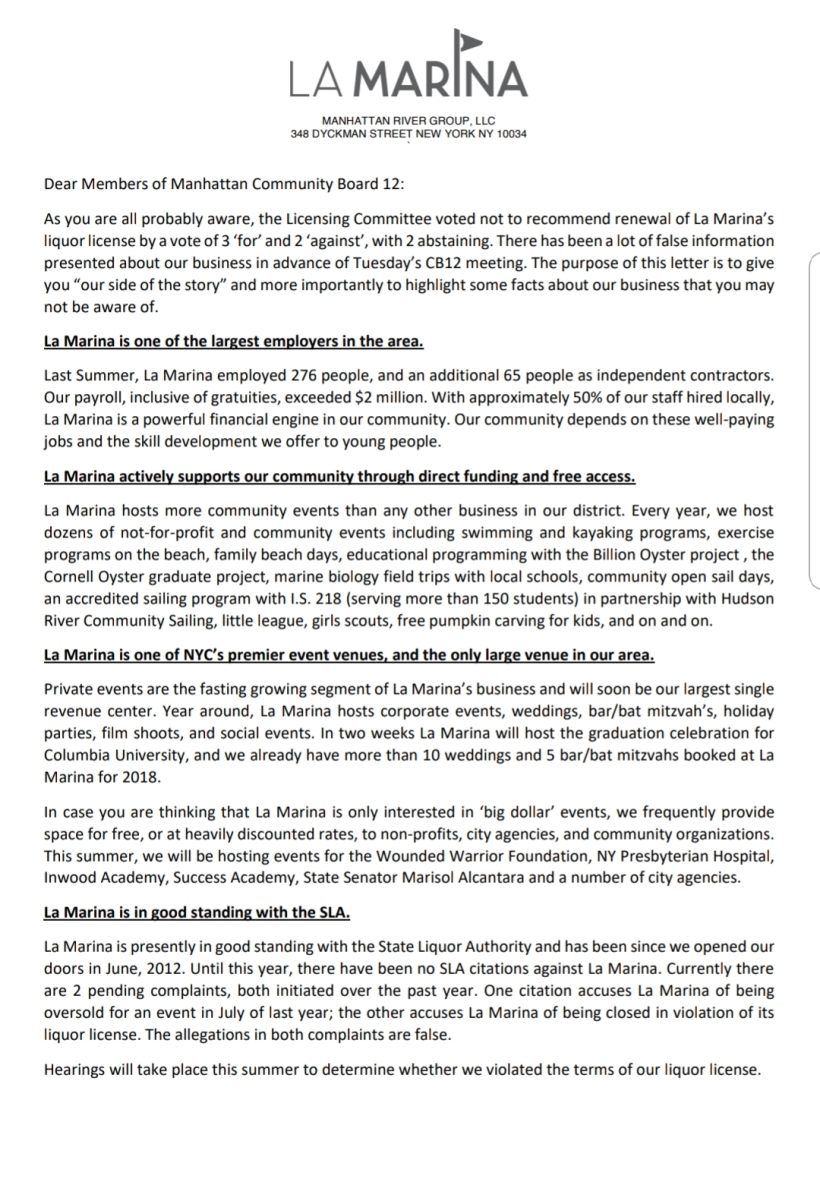 Let’s go through the highlights of the letter one at a time, fact-checker style:

La Marina is one of the largest employers in the area.

Partially True. La Marina only operates publicly from the end of May through September, so while they do have many employees they are almost all seasonal hires and only working for four months. Some of the staff are provocatively depicted on social media in an extremely sexist manner, while others are there as part of a massive security apparatus not usually typical of restaurants located on parkland. The other employer-related note not mentioned in the letter is the 2017 sexual harrassment lawsuit by a former bartender. 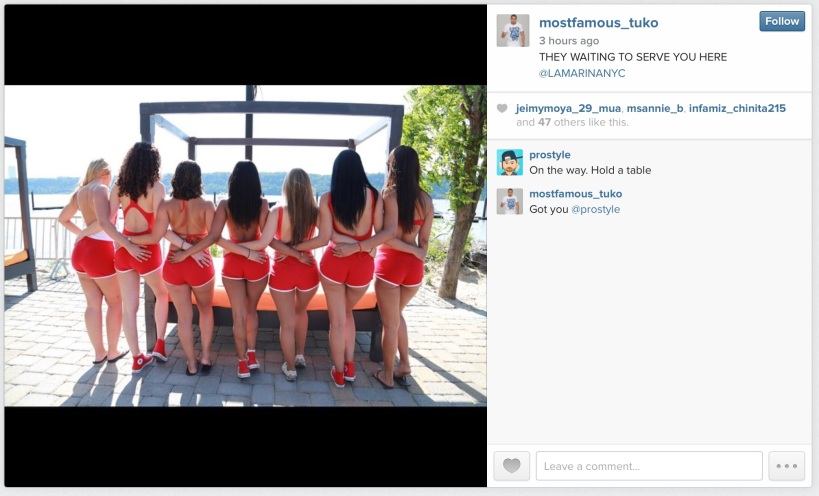 Partially True. La Marina hosts some community events. But not nearly as many as they promised in their winning RFP response, and their beach and waterfront access has been limited to a tiny fraction of weekend time so as not to conflict with any revenue-generating concerts. Since they are located on public parkland they are actually required to provide free access, and their agreement also requires activities like the sailing school. Claims about “direct funding” require more documentation. In any case, this boast is not relevant to the problems that occur when they are NOT hosting community events.

La Marina is one of NYC’s premier event venues, and the only large venue in our area:

True, which is the problem. With its legal capacity of nearly 2,100 (which in practice is often exceeded) La Marina is not just a large venue, it is one of the largest nightclubs in the entire city. Only it was never approved as such until just before they opened, when the capacity was declared to now be 500. It was later revealed the actual capacity was 1,800, then finally determined to be over 2,000. And that’s the point. Many problems stem simply because they are much larger than they were ever supposed to be in the RFP or plan approval stage.
And no, this is not about hosting weddings or bat mitzvahs. The corporate events can be a little trickier when alcohol is involved, and the less said about film shoots the better, but the real issue is hosting the dozens of concerts. And these guys: 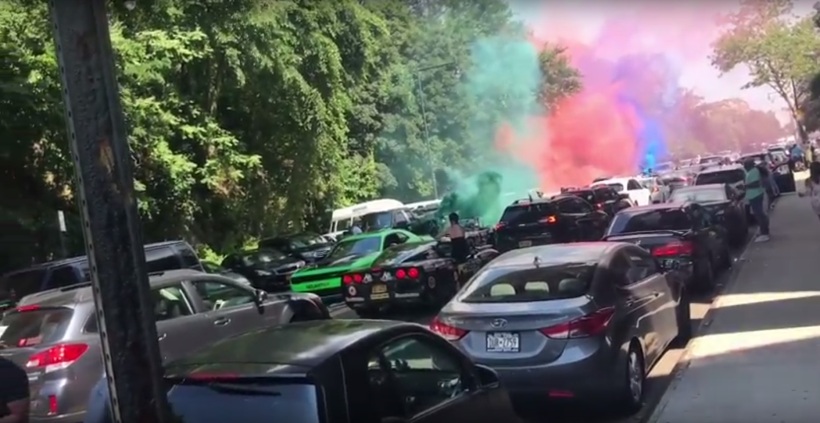 La Marina is in good standing with the SLA.

Misleading. La Marina is claiming that the two 2017 violations are “false”. This includes denying that the NYPD shut the concession down on July 2, 2017 for being oversold for the Bikini Palooza event (an event so inappropriately advertised that Parks forced a renaming to Beach Wear Affair after community complaints). But until the hearings are held on the two active violations it is misleading to say that the facility is in ‘good standing’. 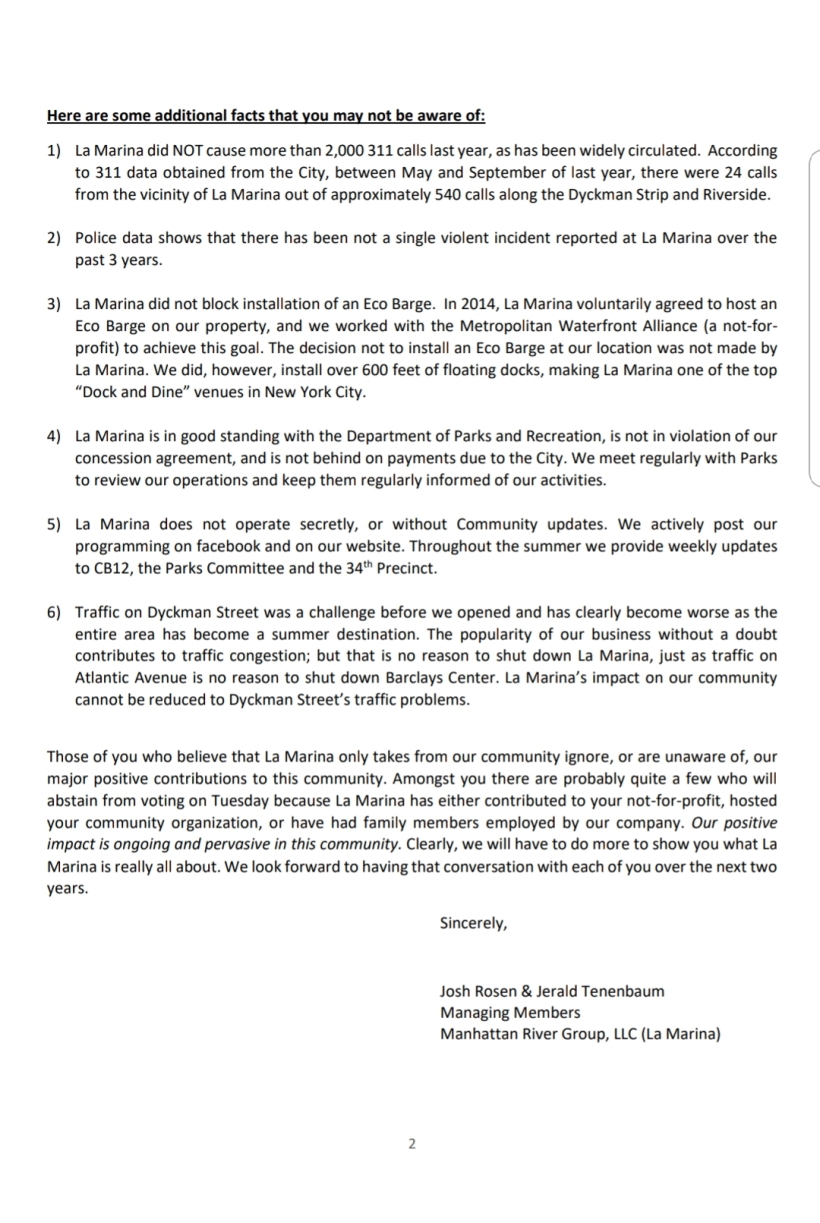 La Marina did NOT cause more than 2,000 311 calls last year, as has been widely circulated.

Misleading. Police have stated at licensing committee meetings that there are many 311 and 911 calls coming from the vicinity and Dyckman strip overall. Not mentioned in the letter is that 136 calls to 911 came from La Marina’s address in 2017 — which is quite a bit more significant than the 24 cited 311 calls.

And since La Marina is larger than all of the other businesses combined and a heavy influence on their foot traffic, it is hard to claim complete separation from what happens down the block.

Police data shows that there has been not a single violent incident reported at La Marina over the past 3 years.

Misleading. The reference to 3 years is because in 2014 there was a shocking shooting on the premises. So now if one wants to enter this public parkland one must go through magnetometers, pat-downs and bag-checks. And some violence has occurred in the last three years, as seen in this video of strippers from Starlets fighting at the DJ Camilo concert on June 25, 2017.

La Marina did not block installation of an Eco Barge

Unclear. First of all, the EcoDock was proposed and agreed to in 2012, not 2014. It was also funded to the tune of $700,000 by the local councilmember and borough president at the time. The Waterfront Alliance still lists the EcoDock as coming in 2016. So what happened exactly? The concession operators may have been more interested in the dock when they did not have their own docks yet faced a requirement in their concession agreement to provide them. At the CB12 April meeting, a Parks department representative said that ballooning costs were the reason the dock was not installed. But if so what happened to the funding? Did costs rise because of conditions imposed by the concession operators? More information is needed to explain why the community lost this important potential resource while the federally-funded docks that were installed are used for nightclub guests, jet-skiers, seaplanes and alcohol promotions.

La Marina is in good standing with the Department of Parks and Recreation, is not in violation of our concession agreement, and is not behind on payments due to the City.

This language was not a fluke. City regulations require that all outdoor music in parks stop at 10 pm; the exact level of the noise is irrelevant. This is why nearly all concerts in city parks everywhere else in New York stop before 10 pm, even in places far from residents like Summerstage deep within Central Park. Randall’s Island, which is truly isolated from any residential area and hosts premier concerts, still ends all music by 11 pm. So how does La Marina get to say they can play outdoor music till 1 am if they use a magic, never publicly documented sound limiter on their massive outdoor speaker system? 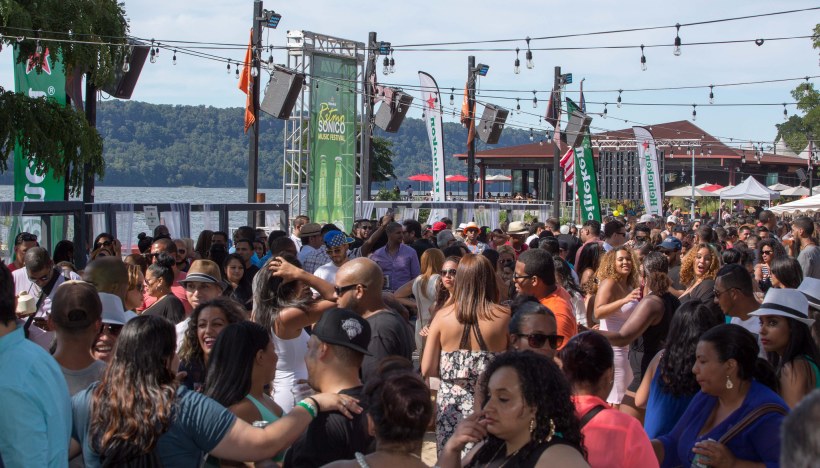 There is also the matter of the concession agreement as it pertains to alcohol promotions, music videos, sit-down only alcohol service, bottle service, ticket revenue and valet parking (“I highly doubt the legality”, according to DOT). So the “good standing” claim merits further investigation.

La Marina does not operate secretly, or without Community updates. 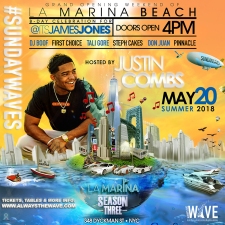 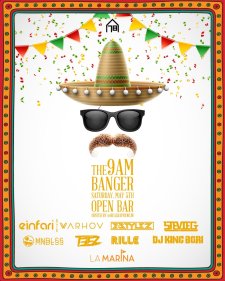 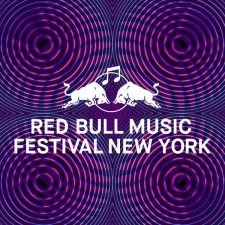 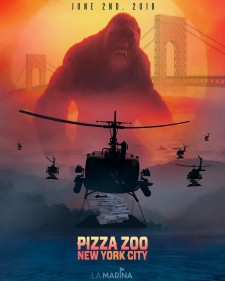 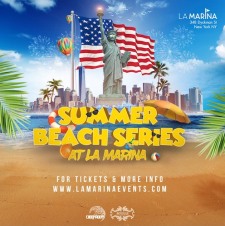 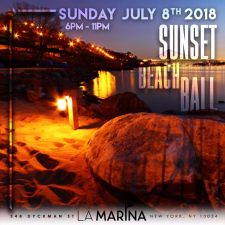 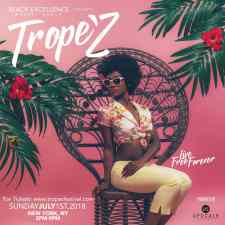 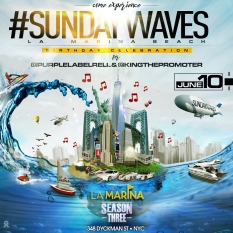 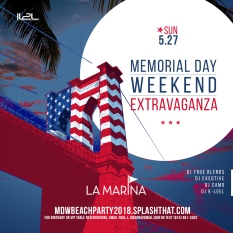 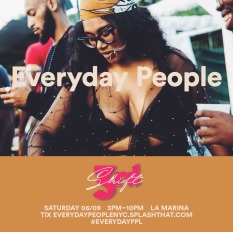 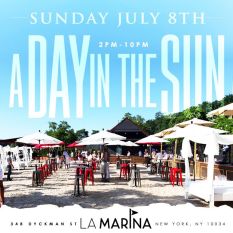 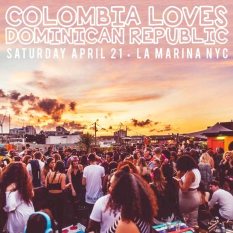 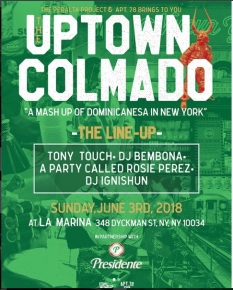 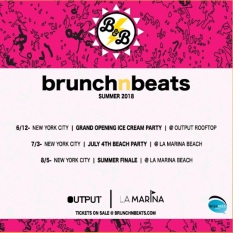 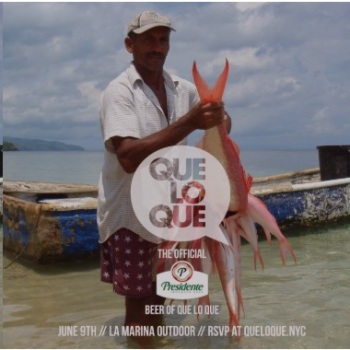 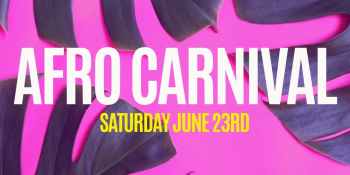 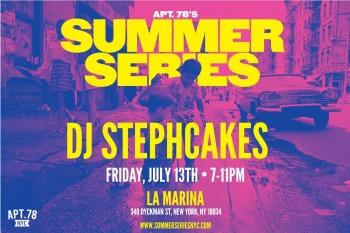 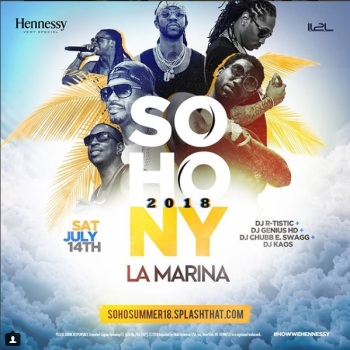 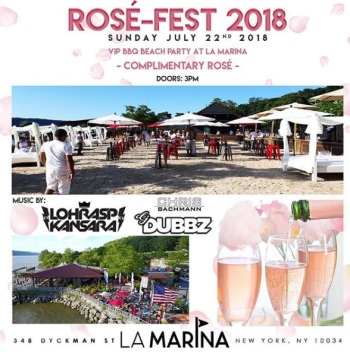 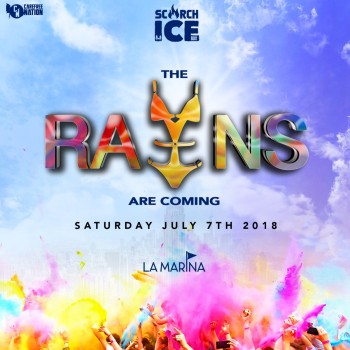 Note that May 5 was for a boozy dance party at 9 am on a Saturday, while many of the ticket sites list hours long past 10 pm. “Community updates” are not the issue – the concert events are.

False. There are several factual errors in the above. Traffic on Dyckman Street was not so bad before La Marina opened – how could it be when La Marina’s is frequently claiming that it “saved” Dyckman street from drag racers? (Pretty hard to drag race in traffic). Press articles from shortly after opening confirm that traffic changed due to the concession – which is logical considering that La Marina is larger than all of the other bars on Dyckman Street combined. It can also be shown that on rare summer weekends when La Marina does not host a concert (like 2017’s Family Beach Day), Google Maps shows traffic is much better. 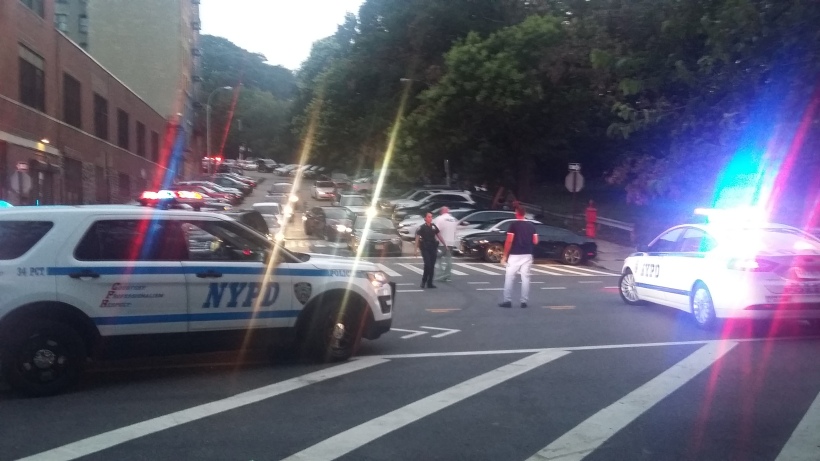 “This is an existing use, previously a [marina] cafe, for at least, I believe, 15 years. I don’t know the exact number; at least the last 10 years. So this is not a new use of this space. Therefore, we didn’t do any [environmental assessment], because typically it is existing use and we know what the conditions that were there before. We don’t think there is going to be any — the concessionaire has offered to work with local garages to make sure that there is valet parking; to encourage people to come by public transportation. And we don’t think there’s going to be a particular traffic impact based on the concession.”

In other words, La Marina was approved as a restaurant cafe as that is what was there before. Not a 2,100 person capacity concert venue. If it had been proposed as a concert venue an environmental assessment would have been done which would have no doubt shown enormous traffic issues for this site and the use as a concert venue would never have been approved in the first place.
Unbelievable, neighborhood-choking, highway-impeding traffic is not a reason to shut down an approved use. It’s a very good reason to shut down an unapproved use.

Our positive impact is ongoing and pervasive in this community.

False.
The impact is pervasive but not all positive. The restaurant and cafe are terrific, the marina docks have some benefit when concerts are not taking place, and the grounds are very attractive and a point of local pride. Everyone likes the fact that La Marina exists as a place to go to for dinner or a date on a quiet weekday or to just explore by the water. But these cannot be separated from the large negative impacts, principally due to unapproved uses as a large concert venue with music past 10 pm and an enormous and illegal valet parking operation.
It seems that after six years of no change, the Community Board has tired of the same misleading and false promises. It will be interesting to see what happens next.
Restore Dyckman Marina.